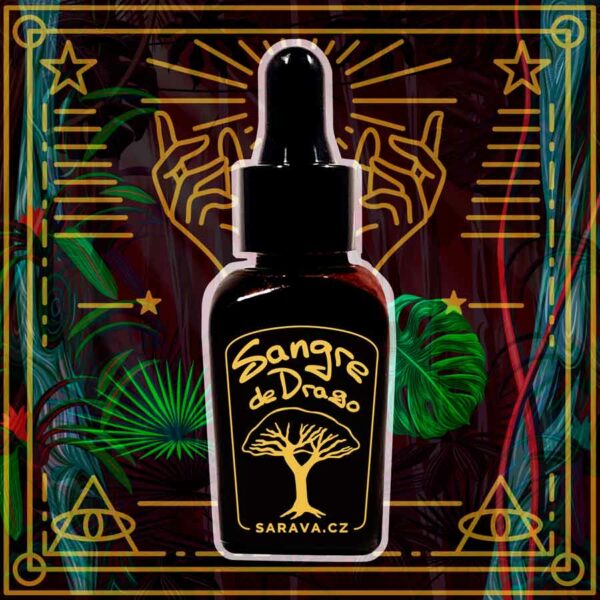 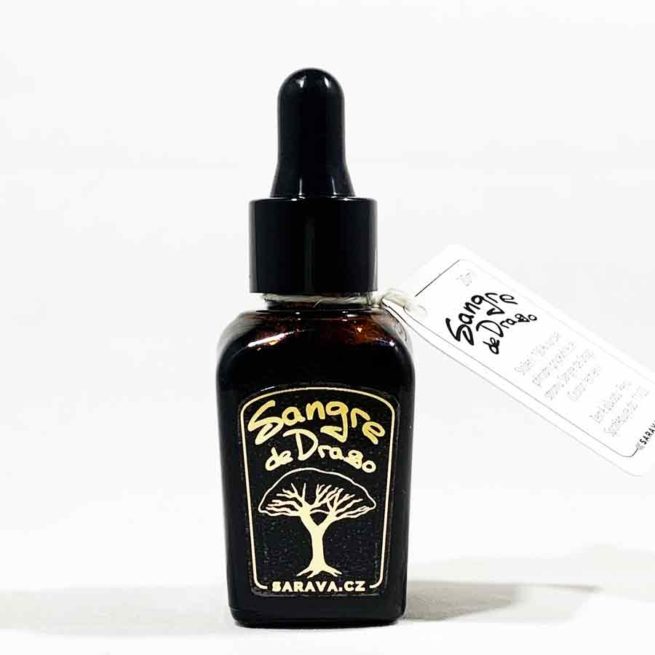 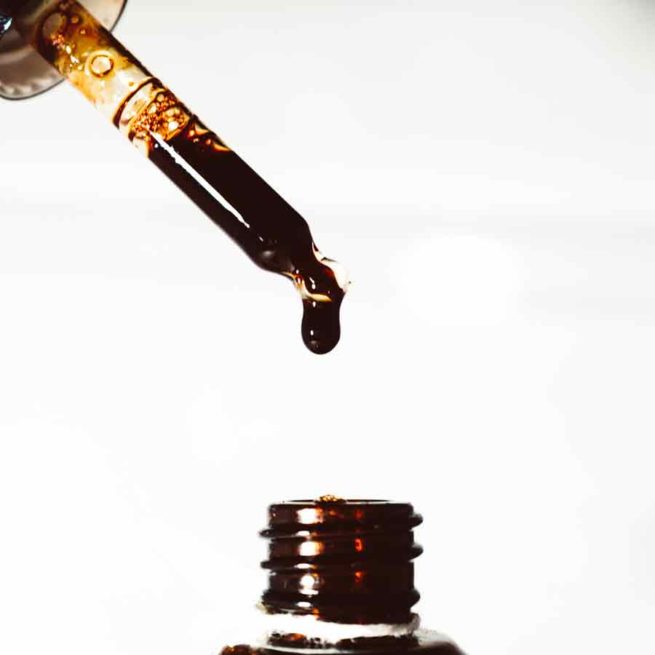 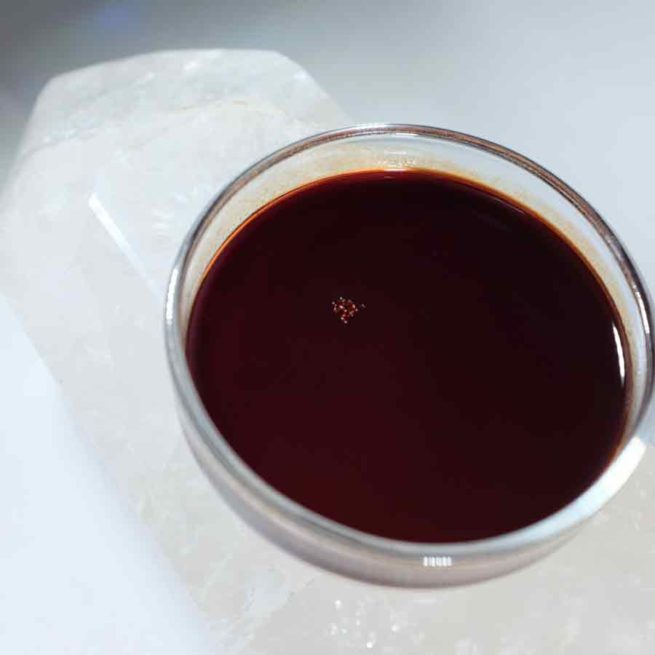 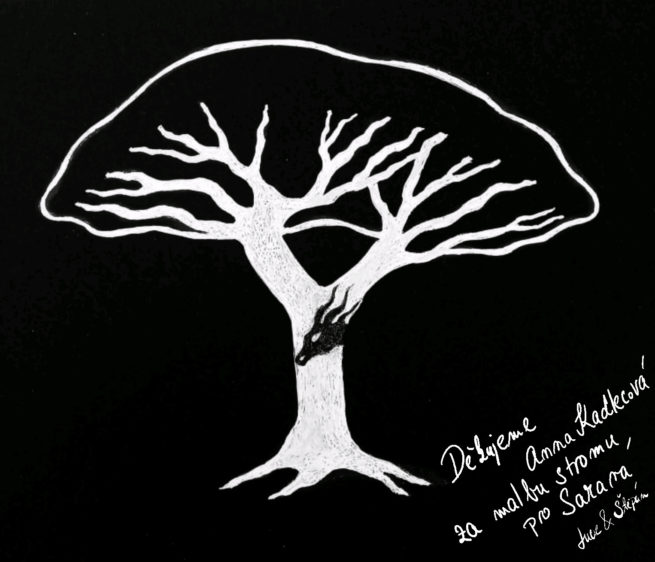 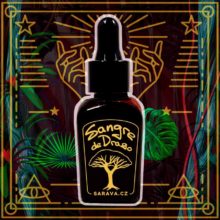 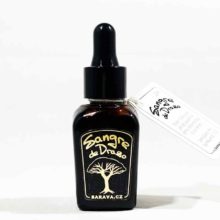 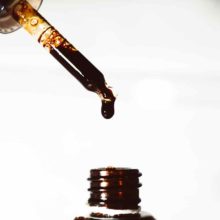 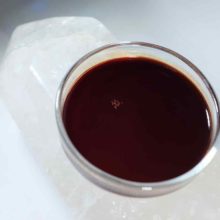 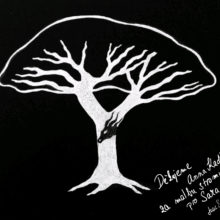 Dragon’s blood, or as the Sangre de Drago Indians and botanists would say sap from the Croton lechleri tree, is a “universal remedy” for the Amazon Indians. The drops help with skin injuries, stomach ulcers, leg ulcers, throat infections, infections in women in the intimate parts. They also help as a means of detoxifying the body and even have antineoplastic effects (against tumors). Simply put, they work and help against a number of infectious and inflammatory diseases, support the immune system and help with skin injuries.

The special name Sangre de Drago was coined by the Spaniards who came to the Amazon in the 16th century. The sap from the Croton lechleri tree, which is a dark red liquid, remarkably reminded them of blood. You may be wondering where the “dragon” comes from. They saw the dragon in the seeds of this tree – small, round, hairy reddish fruits inside, which are soft seeds that resemble the dragon just mentioned. The Spanish priest and missionary father Bernabé Coho explored the Amazonian nature and, as a result, also noted the wide range of effects that Sangre de Drago brings to the Indians. He noted that the Indians used Sangre de Drago for literally all bodily ailments, and this was as valuable to them as gringos gold.

Amazonian tribes have used Sangre de drago since time immemorial, as have the inhabitants of Mexico, Peru and Ecuador. Dragon’s blood or the Croton lechleri tree can be found in Peru, Ecuador and Colombia, it is up to 20 m high and yet its trunk is 30 cm wide on average. It has large, cordate and glossy green leaves and beautiful white – green flowers. The tree is rich in active alkaloids. Sangre de drago is obtained from this tree by cutting the bark of the tree at dawn and the sap begins to flow out, then it is immediately collected in containers. It can then be stored and used in liquid form or dried and used in powder form.
What is great is that due to the great interest in this medicine, more of these trees are planted and the tree does not suffer during the responsible and receptive collection of Sangre de drago.

Among this giant among the Amazon trees, we find more than thirty alkaloids in Dragon’s blood, including taspin and betanin, some of the powerful alkaloids that accelerate tissue regeneration and wound healing. Sangre de Drago has strong healing and regenerating effects, but last but not least, its antibacterial, antiviral and antiseptic effects are especially strong. It is also an extremely potent natural antibiotic that is even more powerful and potent than the known penicillin.

The drops help with skin injuries, stomach ulcers, leg ulcers, throat infections, infections in women in the intimate parts. They also help as a means of detoxifying the body and even have antineoplastic effects (against tumors). Simply put, they work and help against a number of infectious and inflammatory diseases, support the immune system and help with skin injuries.

In the Amazon tradition, the use of Sangre de Drago has a really wide range on a range of diseases, health problems and injuries. This beneficial sap of traditional South American medicine is used both internally and externally.

The main uses of dragon’s blood are:

This powerful sap of the Amazon rainforest has the ability to significantly strengthen the immune system, delay the aging process, regenerate the body and protect DNA from damage. Scientific studies even show that it has the ability to strengthen and regenerate liver tissue damaged through infection and toxins, for which our current medicine currently has a long-term strict diet in addition to transplantation.

Due to the fact that it is a very powerful natural antibiotic, it is recommended to take Sangre de drago for a maximum of 3 weeks and then take a 1 week break. Sangre de drago is not suitable for pregnant and lactating women and anyone who suffers from serious kidney and liver diseases.

Use of drops:
Daily dosing is possible in 10 drops dissolved in 0.3 l of water. You can drink this a maximum of 3 times a day.

When applied externally to wounds, warts, eczema, insect bites, etc., it is possible to drip a few drops into the palm, quickly rub them into a thick foam and then apply this thick foam to the affected area. Whether it is also possible to drip the liquid directly onto the “affected” area and let it dry. You can fight the place twice a day.
If we use it as a gargle, we gargle 30 drops, 3 – 5 times a day.