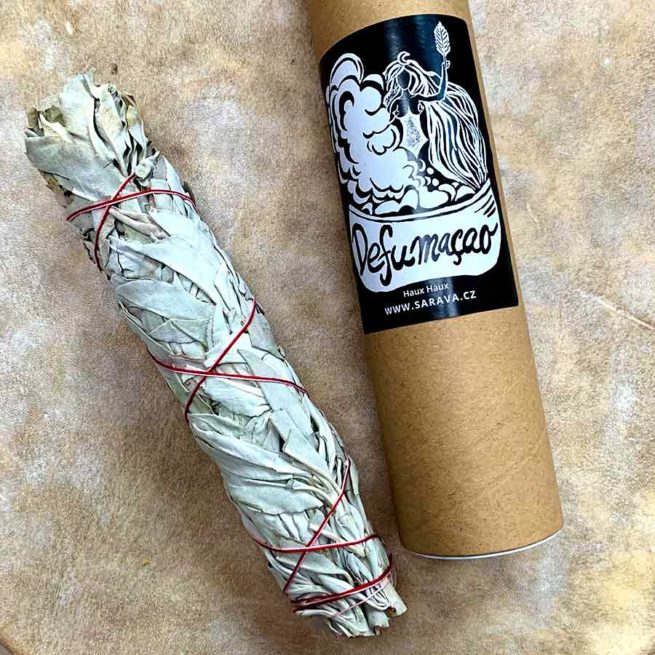 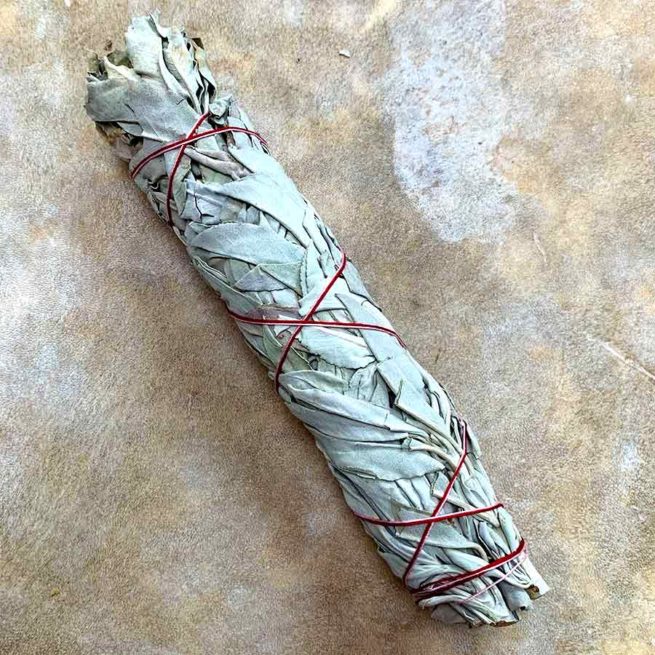 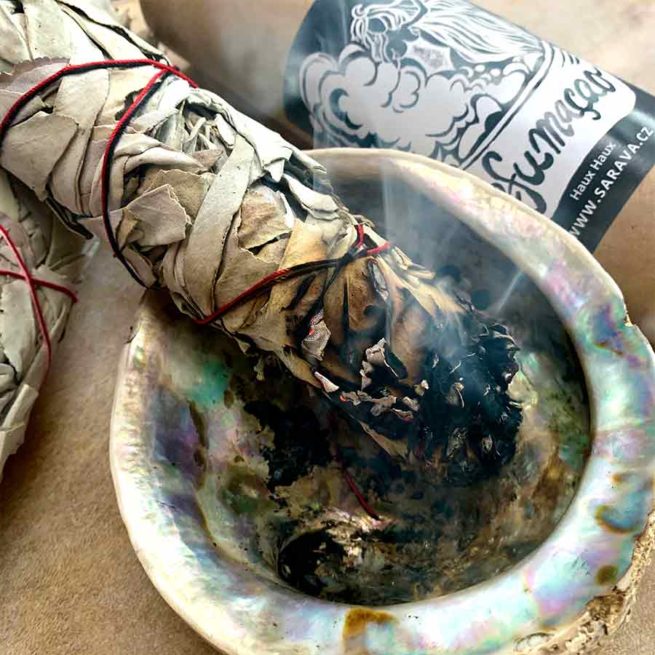 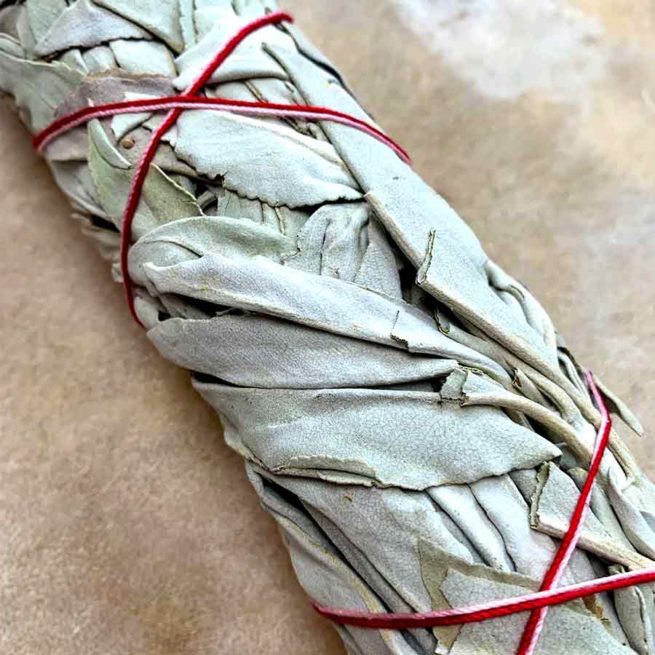 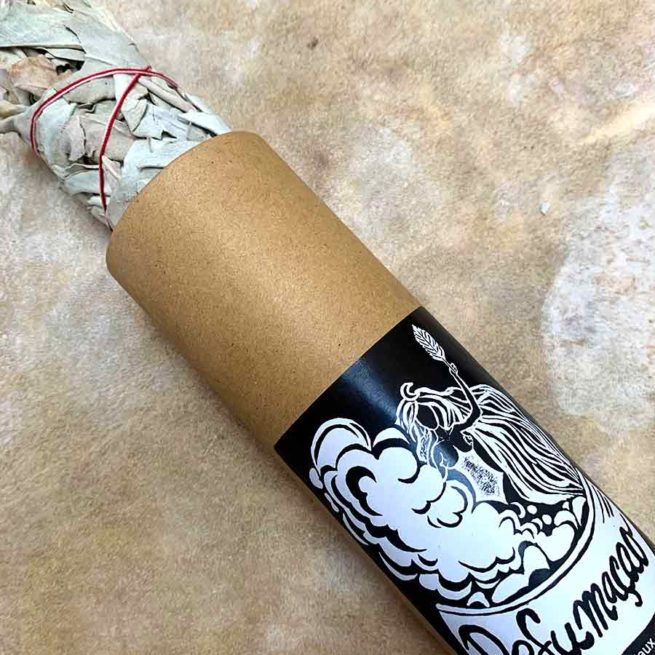 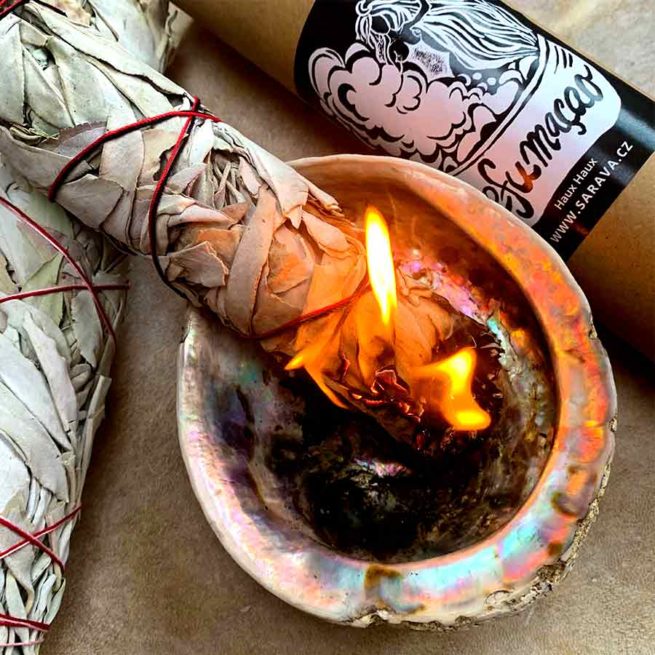 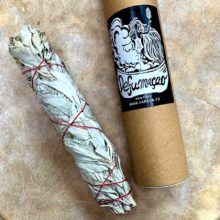 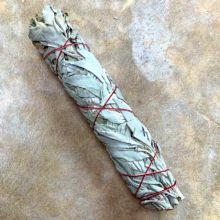 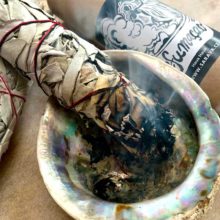 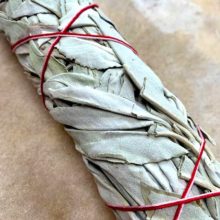 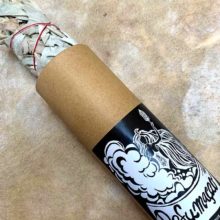 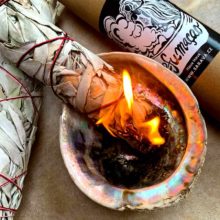 White sage (Salvia apiana) is one of the most sacred Native American medicinal and ritual herbs for sending prayers, purification and the calling of the spirits of sacred plants. Sage is suitable for ceremonial, protective, cleansing and invigorating smoking. It effectively cleanses and disinfects the atmosphere, spaces, people, objects, auras, chakras and emotions from negative energies and brings bright light to life. In addition, it has significant healing, disinfecting and healing effects.
Its name has its roots in the Latin “salvia / salvare” which means “save, heal”.

We pack the sage in a hard resealable tube with our painted Spirita Defumacao sticker / spirit of smoking.

Only 8 left in stock

White sage (Salvia apiana) is a plant native to high desert ecosystems and grows predominantly in California and the mountainous west. For hundreds of years, White Sage has been considered a sacred, cleansing and protective plant.
Its name has its roots in the Latin “salvia / salvare” which means “save”.

And indeed, White Sage is the most popular cleansing smoker not only for North American Indians, but also in other cultures. From the ancient Celtic druids, who considered sage together with the plum twig to be sacred herbs and used them as incense and medicine, to the indigenous people of the Amazon, who still practice sage burning. This herb is intertwined throughout our history, where it is invoked and worshiped. Already in ancient Rome it was perceived as a sacred tool that cures most diseases, restores health and strength of spirit. And also in the Bible, there is a mention of Solomon, who cleanses the temple by burning sage.

The court estate and King Louis XIV himself. he was convinced that the broth and medicinal tinctures of White Sage prolonged life.
Sage was often dedicated to the highest deities and only priests or shamans were allowed to touch it …
Indians perceive rising smoke and smoking as a very powerful tool and medicine – just what we have heard since childhood about the “pipe of peace” but also simply what we can now see in the Amazon in shamans and these are, for example, cleansing smoke rituals on the stool under him they burn and smoke herbs and he is covered with a blanket. often these fumigation works are done when someone is bewitched, sick, or has an attacked “mind and heart” with fear and negative energy.

This powerful and sacred herb is characterized by a very specific scent that, when smoked, quickly and effectively cleanses you, your aura, spaces and objects from all negative energies. In addition, it has significant healing, disinfecting, healing, protective and strengthening effects.

Sage endows man with wisdom, clarifies thinking and increases spiritual consciousness. That is why the sage is also called the same word in English.

How to do it
Purifying rituals using burning sage can be complicated or easy, it’s up to you. However, it is important that your intention is clear. If it is burned due to the cleansing of the space or person (ie also oneself), it is necessary for a person to have it arranged in this way in the soap not only before ignition, but also when later inhaling the scent at home or elsewhere in the space.

Light the end of the sage bundle. If it ignites, wind up quickly. The ends of the leaves should smolder slowly and release thick smoke. Aim this smoke at the room with one hand and hold the bundle with the other. Let the smoker stay in the areas you want to focus on. Sage will stop smoldering on its own if you don’t blow on it.
We recommend putting out sage in a fireproof bowl or, for example, in a rice bowl.

We recommend putting out sage in a fireproof bowl or in a bowl with rice, for example.

We pack the sage in a hard resealable tube with our painted Spiri Defumacao sticker / spirit of smudging.